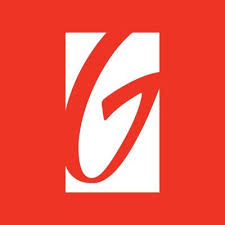 Founded in 2000, Gateway Church hosts services at 6 campuses across the Dallas/Fort Worth metroplex. This includes satellite campuses in Dallas, Grand Prairie, Frisco, and Southlake. The non profit has been a BCWI (Best Christian Workplace Institute) awarded organization 5 years running. With over 39,000 active members and 500 employees, the church engages in more than just local outreach. It supports disaster relief and charitable organizations all over the world, and also provides resources and mentorship to other churches to improve capacity building efforts.

Gateway Church hosts multiple events and conferences every year, including its annual Christmas musicals, and the noted Gateway Conference. To this end, the church manages around 16,000 items, throughout its 13 offices. From laptops and monitors to furniture and décor. This amount of activity means the movement of a lot of church assets - whether for the events themselves or for various behind-the-scenes activities.

To organize their church assets, Gateway first used a system with poor customizability that was ‘rigged’ to work for their needs. Because the system didn’t bend to their workflows, data integrity was constantly in question. As an example, they would often use handheld label scanners that would corrupt data if they were not synced manually or if they failed the sync for some other reason. The team responsible for managing asset records would often find themselves spending hours on calls with customer support, trying to find a fix to the broken system. They would have to repeat this process multiple times a week, risking inaccurate data and hoping to find a resolution that never came.

At the same time that Gateway Church was having trouble finding something that suited its unique workflow, it also began to outgrow its current asset management system. Unfortunately, they were tied into a contract for several years, and had to make do. When the contract finally did expire, the team first thought of designing their own tailored asset management software. This idea was rejected for being both time consuming and expensive. What they needed was the perfect solution - something that molded itself to their workflows and at the same time grew with them. That’s when they came across EZOfficeInventory.

The switch to EZOfficeInventory was an extremely smooth one for the team at Gateway Church. In addition to basic training, the company was extremely responsive to any queries Gateway might have had about setting up their asset management schedules or customizing their settings. For more involved workflow issues, The EZOfficeInventory team would either detail a possible solution, or work on a better fix altogether. This practice of actively listening to customers and putting an emphasis on solving workflow challenges made for a quick and comfortable transition to EZOfficeInventory.

In addition to the responsiveness of the customer success team, the system itself was a great fit for Gateway Church. It could work dynamically and did not have to be ‘rigged’ to perform as needed. This meant that the team had no concerns about data integrity, with the system syncing to their data plan seamlessly.

Gateway Church has thousands of assets that needed to be labeled, grouped, and passed off to relevant custodians. This is why they needed an asset management system that could shoulder the complexities of their workflows while at the same time being easy to use on a daily basis. Here’s what stands out to them about EZOfficeInventory:

The church hosts multiple services, conferences, and events throughout the calendar year. As their campuses are spread all over the Dallas and Fort Worth area, it was crucial that they find a robust system to manage their assets on a large scale. These items would often change hands and be dispatched over large distances, which is why reserving equipment for specific activities was an ongoing challenge.

EZOfficeInventory's reservation module eliminates booking conflicts, ensuring that any potential double-bookings are flagged up during the time of reservation. This helps the church lock down accurate reservations in advance, ensuring all staff members get the items they need, when they need them.

Gateway has huge quantities of identical items that they cannot feasibly scan individual asset tags for. In addition, the asset tags on items like tables or chairs would often fall off or get misplaced. This meant the team had to look for a new solution for managing them. The Asset Stock category in EZOfficeInventory was exactly what they needed. It enables them to assign one asset tag to an entire group of identical items. They use this to check large quantities of items in and out without taking actions on each specific item. This saves them a considerable amount of time, and helps make their assets more manageable.

Customizations for the ‘Perfect Fit’

For Gateway, the most impressive aspect of EZOfficeInventory was its capability for customization. Not only was the Gateway Church team able to capture data that was important to them, but they were able to do it in a way that was extremely easy to pull off day in and day out. They made their own custom fields for several scenarios – such as for bin numbers. They had a lot of problems in the past with looking up a bin by its number, and trying to figure out which numbers were already in use. With EZOfficeInventory, they can organize their bin numbers really easily, either by pulling a report or making a filter. They also regularly use the custom reports, so that they can really dig into the data and make adjustments as needed.

Kimberly Brown, the System Administrator at Gateway Church, says of her experience with the EZOfficeInventory team:

“David was a life saver! He responded to my onslaught of rapid-fire emails, issues and questions with grace and cool headedness. I also felt more relaxed with him as our interactions went on and he began to feel like a co-worker and friend.

The EZOfficeInventory team actually stands behind their product, doesn’t make excuses, and seeks to genuinely understand the place their customers come from. They have proven to be the best company I have yet to do business with, and I look forward to continuing to work with them in the future.”

EZOfficeInventory has been a ‘perfect fit’ solution for Gateway Church. It has helped them lower costs associated with asset management, free up time for asset custodians, and reduce inefficiencies across the board. Equipment that was previously double-booked all the time is now used a lot more effectively, and the EZOfficeInventory Carts have streamlined the way staff members requests items for different activities.

However, the greatest value for them has been the ease with which they were able to set up their account and work around the challenges present in their workflow. If the Gateway team needed a feature in order to streamline their operations, or needed help figuring out a better way of doing something, EZOfficeInventory was right there for them. Not only was EZOfficeInventory able to implement a lot of feature requests for the church, but their willingness to make the system work the way Gateway needed it to really made a difference. It has helped the church focus on things that really matter, like looking after its members and making a positive difference in the world!