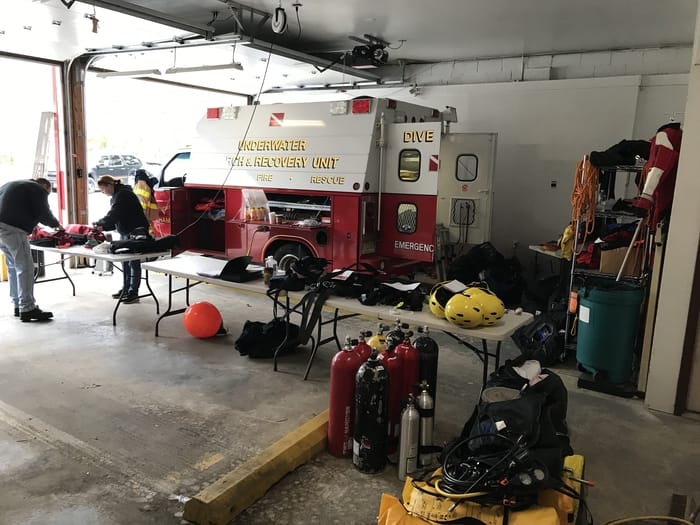 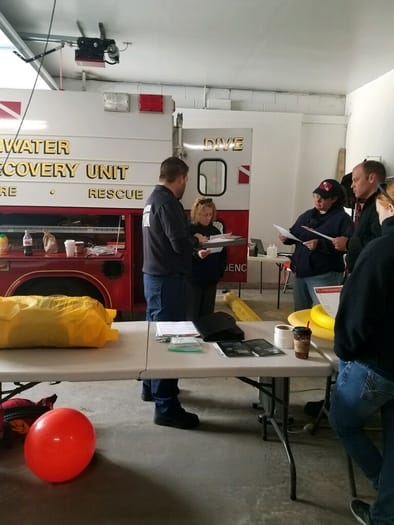 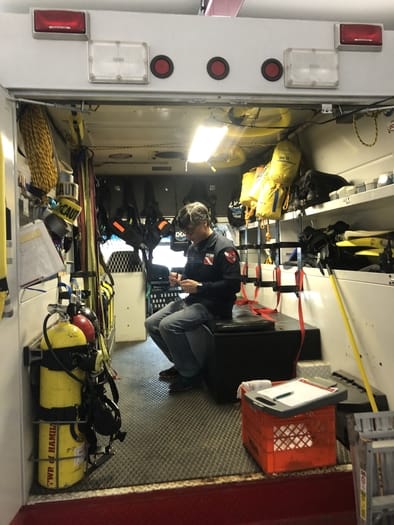 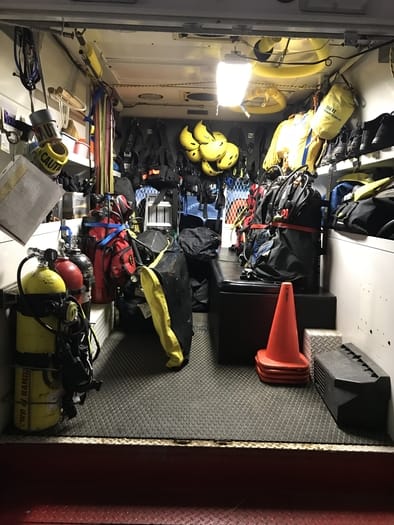 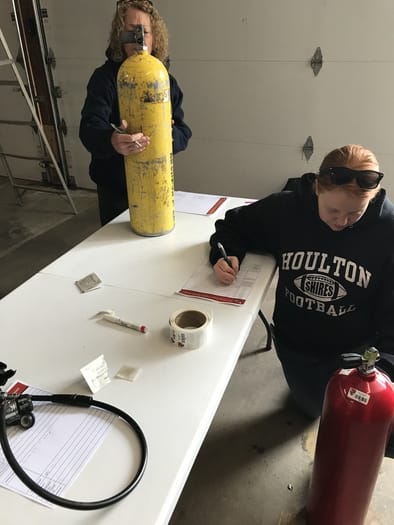 The Township of Hamilton Dive Team is an all-volunteer water rescue and recovery team based in southern NJ. In existence since 1977, it is called in to recover drowning victims, as well as evidence such as firearms and vehicles. Licensed by the New Jersey Department of Health, the non profit performs any ice and swift water rescues in a coverage area encompassing about 500,000 residents. It is also a part of a mutual-aid response with surrounding areas, with the team going wherever it is needed.

The Dive Team operates a mobile dive truck containing the bulk of its assets - including scuba equipment, ice rescue equipment, and swift-water equipment. In addition to this, they also use a Zodiac and Carolina Skiff flat-bottom boat. They currently have approximately 15 members with various roles and responsibilities.

Because the Dive Team’s equipment is literally keeping their team alive, it is imperative that it is in good working condition. It has to be tracked vigilantly and serviced regularly. Unfortunately, like a lot of non profits the Township of Hamilton Dive Team didn’t have the luxury of a large budget. This meant that it was hard for them to keep their equipment well maintained, and they consequently had to rely on used equipment in varying stages of disrepair.

Luckily over the past few years, thanks to OEM and their local municipality, the team has been able to replace and upgrade many critical pieces of equipment. However, this seems to have replaced one administrative hassle with another, as the team now has to be extremely attentive to the servicing requirements of its equipment.

Their primary concern revolves around ensuring their new equipment gets serviced regularly based on the manufacturers’ specifications. This requires scheduling, specific detail input, and the need to inform the crew about downtimes. These activities are crucial in order to both ensure safety and reduce liability. However, this naturally generates a lot of data, something that can be hard to manage with such a small team. These records are not just vital for the maintenance of their equipment, but also enable the Dive Team to seek the necessary funding for maintenance expenses. This was why the team thought to try out EZOfficeInventory.

For the Township of Hamilton Dive Team, the transition to EZOfficeInventory was much easier than expected. With a bit of preparation, the team banded together for the initial batch of data logging.

They held an inventory drill where they unloaded every piece of gear they had. They then filled out an 'inventory worksheet' that was created to capture data relating to important items. This included details like the make, model, size, and serial numbers of all their equipment. They then affixed a military-grade barcode sticker to each asset, took a picture of the item, and began the process of entering it into the system. This was made easy with the use of the Barcode scanning functionality on the EZOfficeInventory mobile app, making quick work of processing equipment data. This activity also helped them confirm the location, custody status and function of each item. And just like that, they were up and running with EZOfficeInventory!

Maintenance and Inventory Management, Under One Roof

As far as managing their equipment was concerned, the most important feature for the Dive Team was the ability to create custom fields. They generate these in the form of service intervals. For example, scuba tanks required two services on a specific, regular schedule. First, they required an annual "visual" inspection by an authorized technician. Second, they required a hydro-static test every five years. With EZOfficeInventory, they were able to create ‘Inspection’ and ‘Testing’ custom fields for anything categorized as a 'Tank'. This allowed them to see the date of their next required service. Additionally, they were able to create an alarm which emailed Dive Team officers 30 days before that inspection was due. Using this, they would bring that asset out of the first service, take it to get the second service, and then return it to the first service again.

Clem Thomas, volunteer and administrator at the Township of Hamilton Dive Team, said of the software:

“EZOfficeInventory allows us to focus less on trying to remember if our equipment is up to date with services, and instead lets us focus on our mission at hand. Our team, in its 40 years of existence, has never been more organized!”

Another feature the Dive Team really likes is the ability to track inventory separately from assets. This is because they have certain things - such as fins, masks, gloves, etc.- that just don't warrant individual barcodes. To save money and make processing that much easier, these smaller items are tracked as inventory. This enables the team to know how many of these items it has, what size they are, and who has possession of them - all without the hassle of individual tags. Now, if those items get broken or lost, they can simply be 'retired' from EZOfficeInventory. This lets the team know exactly what they need to order each budgeting season.

For the Township of Hamilton Dive Team, the biggest benefit of using EZOfficeInventory has been safety. The program adds a lot of certainty to their operations, to the extent that they no longer have to make estimates about the reliability of their equipment. They can now easily look up when a piece of equipment was last serviced, and be confident in the knowledge that the risk of equipment malfunction is a whole lot lower because of this. What’s crucial about this, of course, is that it directly translates to their team members staying alive.

Another huge advantage is the level of insight that EZOfficeInventory is able to offer the Dive Team. They can see exactly which equipment is due for service, at what time, and what tools are required for this maintenance activity. This not only helps them plan around maintenance downtimes, but also ensures that the team can request funds based on accurate information.

Gateway Church is a non profit operating in 13 locations across the Dallas/Fort Worth region. With over 39,000 active members and 500 employees, the church uses EZOfficeInventory for in-depth customizations, streamlined reservations, and reduced asset processing times.