Established in 1895 in New York,Wildlife Conservation Society (WCS) is a non-profit organization that has been shaping and influencing conservation practices for over a century. With more than 70 locations worldwide, their operations are running smoothly across Africa, South East Asia, the Tropics, United States and South America.

WCS started its Cambodia program in 1999 and it has been rapidly expanding ever since in terms of manpower and operations. Now employing more than 200 people, WCS Cambodia works in a number of different protected areas, wildlife sanctuaries and protected forests. They support the Cambodian government in improving the protected area management, and also work with local people, including indigenous groups, to support their development and protect the biodiversity, wild spaces and forests across Cambodia. 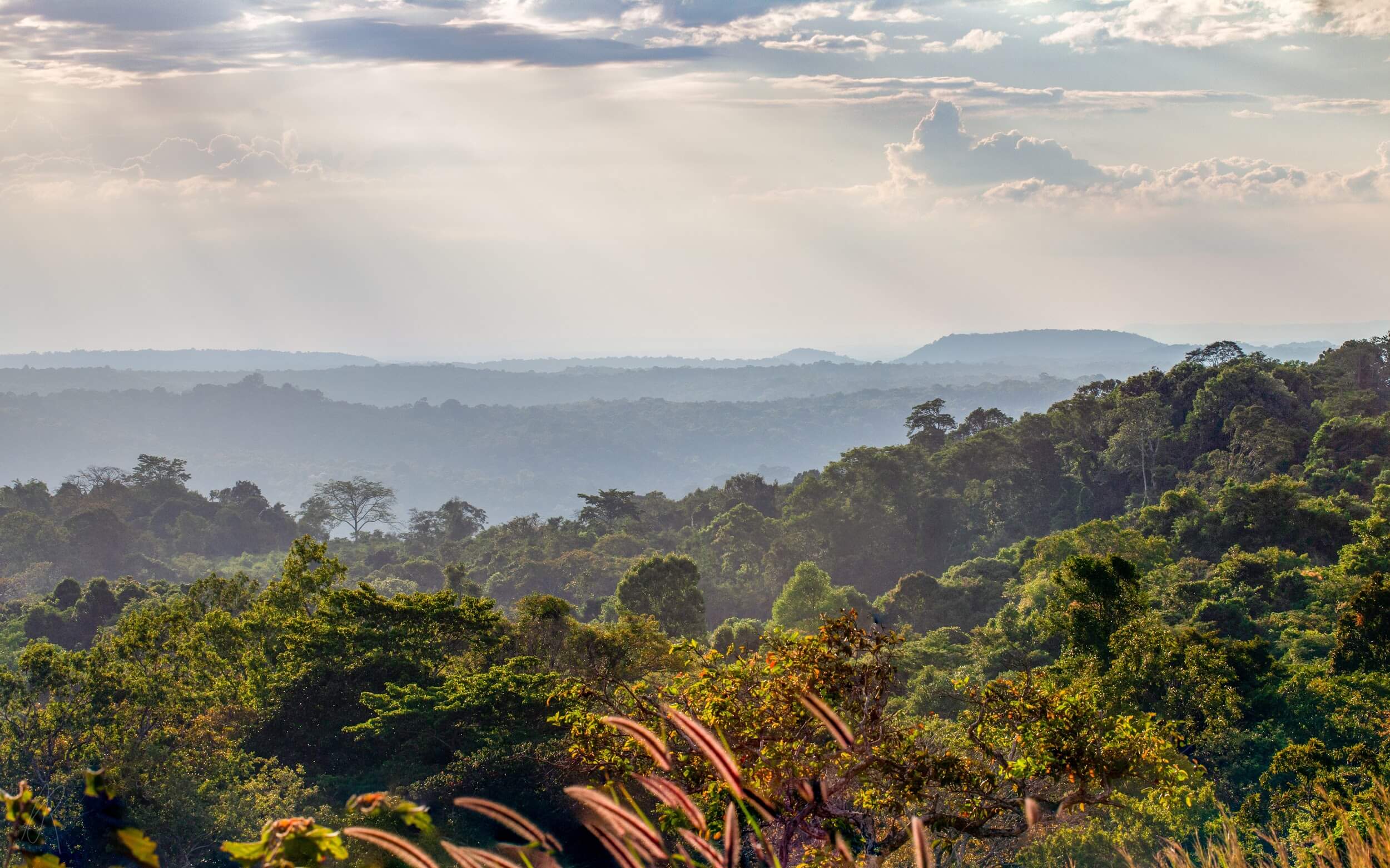 As WCS operations and the number of field sites steadily increased across Cambodia over the last 20 years, more and more employees started to get involved with managing the organization's assets. From partner staff to field administrators and higher management, everybody’s input was required to keep asset management operations running smoothly.

WCS manages a large range of assets including Ford trucks to motorbikes, laptops, projectors, office equipment and furniture and research materials. The equipment varies widely in terms of value and utility. WCS Cambodia was using a manual homegrown Excel based system to keep track of all this equipment and inventory, but as the number of assets grew to almost 2000, it became clear that they needed an automated platform that could provide real-time information about the assets.

Olly Griffin, data analyst and operations technical advisor, considered a couple of different asset management solutions. The company even considered developing an in-house database system but realized that developing and maintaining it would cost more in staff time than an off-the-shelf option. After exhaustive research, Olly identified 15 options and WCS Cambodia finally settled on EZOfficeInventory as it offered them high functionality at a great value.

“We chose EZOfficeInventory because it ticked all of our boxes in terms of the functions and features we needed to manage our equipment effectively and efficiently.”, says Olly.

When the organization was using Excel sheets to manage their assets, they were unable to track where a piece of equipment was, which staff member was using it, and who had checked it out. Therefore, one of the fundamental features WCS Cambodia needed was the ability to assign equipment to individual users, classify assets to relevant groups and keep track of all the assets in real-time. With EZOfficeInventory, they were able to streamline all these asset management processes.

As the organization has a lot of equipment, they don’t want to spend a lot of time typing in serial numbers. The ability to use QR codes with mobile scanners was a highly useful upgrade. Once labelled, the administration at field offices then utilizes EZOfficeInventory for assigning the new equipment to relevant staff users so they can check out the assets and use them.

Here are a few EZOfficeInventory features that WCS uses extensively to streamline their asset management, according to Olly:

Before the implementation of EZOfficeInventory, employees were emailing Excel files back and forth. The mobile app has significantly improved this flow of information since field workers are able to access all the asset tracking information in real-time from the EZOfficeInventory mobile app. It saves them a lot of time when they are running inventory audits or when they don’t have access to their laptops in the field. The mobile app enables more nimble operations and they can efficiently track equipment from anywhere without a staff member having to bring in a laptop. 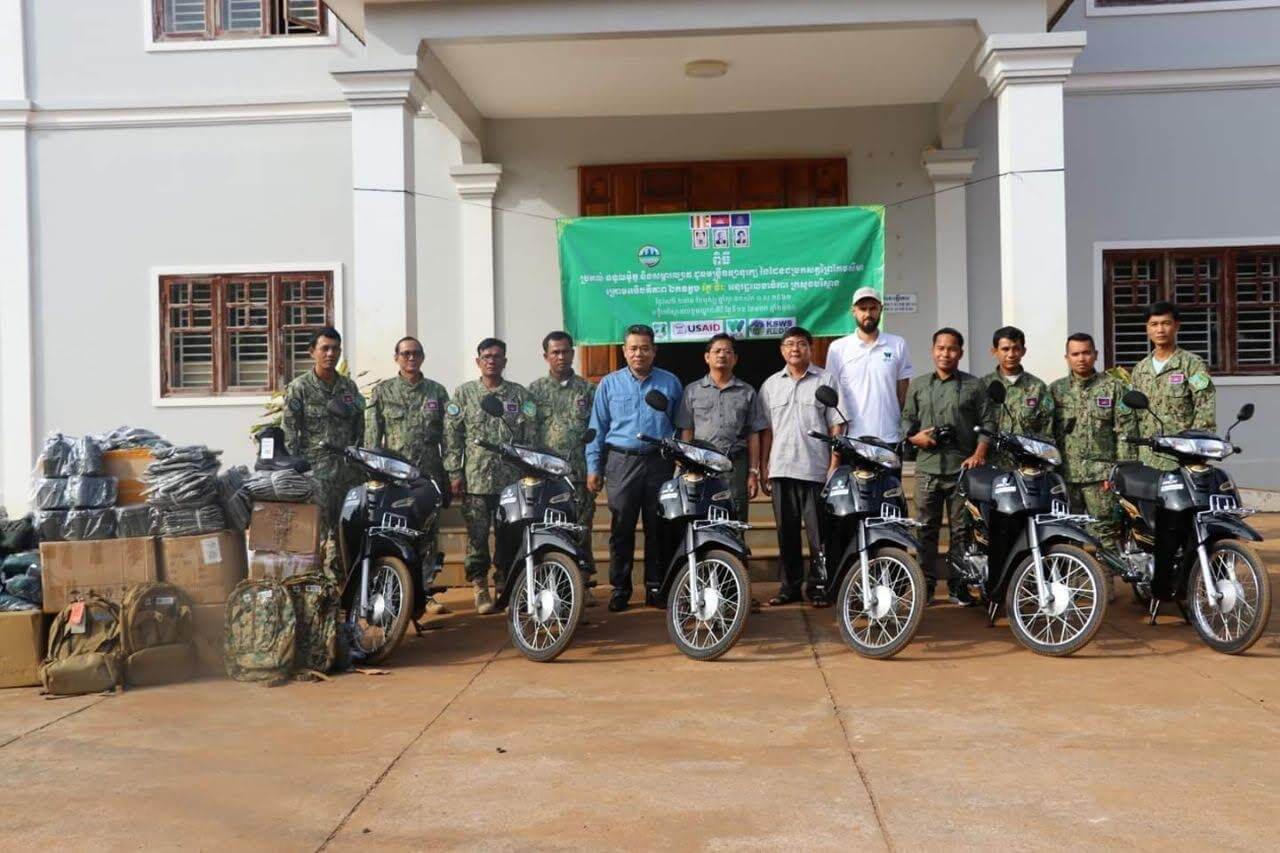 The organization didn’t start using the service and maintenance functionality until very recently. They have six heavy-duty trucks that require regular maintenance and the powerful automated maintenance capability offered by EZOfficeInventory ensures that there is no unplanned downtime and the trucks remain in top condition at all times.

WCS management also plans on rolling out the service module for the 200 motorbikes used by staff and partners. With streamlined servicing and maintenance of their vehicles, the organization would be able to prolong the lifespan of their vehicles as well.

Previously, WCS didn’t have an efficient end-of-life procedure for their equipment. Using EZOfficeInventory functionality for asset lifecycle management, the organization has managed to get $0.5 million worth of equipment off their books by retiring them properly and getting the paperwork done in a compliant way.

“As well as helping us manage new equipment, using this system has also helped us to properly dispose of equipment, whether it is recycling electronics, or providing items to project partners for continued use beyond the life of a particular grant cycle, all whilst being confident we have the correct paper-trail required internally and by donors.”, says Olly.

Custom Reports is another feature that offers great value to WCS. According to Olly, the built-in reports don’t fulfill their needs entirely so they extensively use custom reports to import the information out of the system and into Excel from where they can do more data analysis and data summaries.

One of the most important use cases for WCS is when a donor requires an audit. The WCS team can just use the Custom Reports feature to extract the data and then work with it on Excel with their finance team to create an audit report.

They use custom fields where they can enter various sorts of donor information. This is especially useful while preparing audit reports. They also save the financial transaction information and similar records associated with each item so they can better respond to the donor’s request. EZO enables them to store all this information in a single centralized location so they are better able to reconcile that information with the financial repositories.

EZOfficeInventory has enabled WCS to save money by avoiding asset loss, theft, misplacement, and more. The money saved from optimizing asset utilization means that EZOfficeInventoty easily pays for itself.

“It only takes an item or two to be better managed to pay for the platform entirely”, says Olly.

According to Olly, EZOfficeInventory is helping WCS become a more effective organization. They now spend much less time on paperwork and more time on the ground. This means they can really focus on their core mission, show more dedication to their cause, and really demonstrate to donors that they are taking the responsibility for the materials/equipment they are so generously providing. EZOfficeInventory ensures that they get the best use of the donors’ assets both during the project and after the project in the longer run as well.

The success of EZOfficeInventory in WCS Cambodia was a boost of confidence that allowed us to bring on board WCS Uganda and Beringia as well. We look forward to expanding our operations with WCS and empowering more WCS branches with streamlined asset tracking and asset lifecycle management.